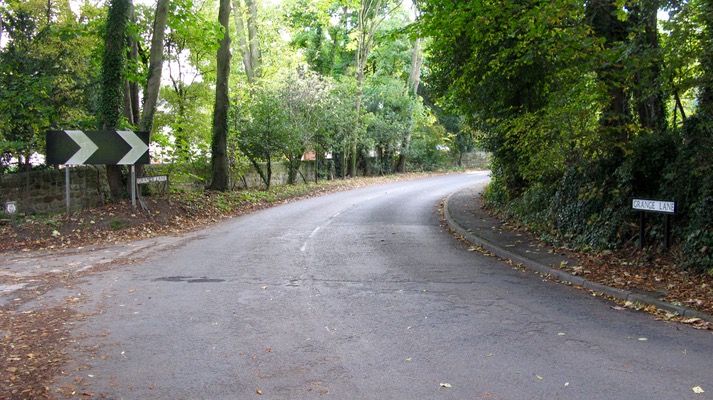 One fascinating element of nature is that stuff keeps on growing. This is mostly OK but Burghwallis has now reached the stage when a few areas need a haircut. Essential work has removed overhanging branches in the playing field but those along Grange Lane, Burghwallis Lane & Burghwallis Road will require the road to be closed between 8th and 10th March.

Routine inspections by the parish council and the National Playing Fields Association highlighted the need to trim back low overhanging branches around the park. This ensures that lumps of wood don’t whack kids playing in the park, or interfere with that spectacular cross to the centre in the midst of a game of footie.

A team of parish councillors and volunteers who couldn’t think of a reasonable excuse in time set about clearing the low branches and bushes. The park is now a little bigger; scrub, brambles and nettles that had taken up residence around the perimeter have been removed.

It appears the school bus which scoops up children and delivers them to various places of learning has become over crowded.

The DMBC are therefore about to tour through the village trimming the overhanging branches. This means the above roads will be closed between the 8th and 10th of March whilst the guys with saws set about sorting the lumps of wood that have established squatters rights over Grange Lane.

Double Decker school buses can then pass through the village unhindered by vegetation. Another plus is that buses tend to travel at 30 mph thus preventing a few bogans from traveling at the speed of light as they pass through.

The 18 landowners involved along Grange Lane have been sent a letter from the DMBC telling them about the work:

“I’m writing to advise that we are planning a road closure and some emergency pruning / tree works to take place namely on land along Grange Lane, Burghwallis Lane & Burghwallis Road. The works will take place between 8th – 10th March 2017.

The issue is, is that there is vegetation such as trees and bushes which are planted within the boundary of certain properties / land that is overhanging the public highway. The specific stretch of road (mentioned above) is a school bus route and the overhanging vegetation is unfortunately preventing double decker buses from using it. Consequently, this is having an impact on the local school services.

I’ve written to the relevant landowners today, advising that it is their responsibility to ensure that any overhanging vegetation does not obstruct the highway and that in normal circumstances, the council would write to them, giving them a timescale to carry out the works themselves; failure to comply would result in the council undertaking the work and a recharge.

However, as there are over 18 various different landowners, for the purposes of road safety and in order to eliminate the risk of obstructions and prevent any unnecessary delays to the bus services, we have arranged to cut back the overgrown trees and hedges at no charge to the landowners. The landowners have been given the option of undertaking the work themselves, however should they wish to do this, then they’ll need to do so, before 8th March 2017.

Clearly, this is a one-off. We are interested only in maintaining the much needed public transport route and ensuring the health and safety of the school children so that there is adequate public transport to take them to and from school.”