Those of certain age may recall a promotion launched by the government to “Plant a Tree in 73”.  Forty two years on those trees have grown to maturity, that is unless they subsequently fell foul of  various DEFRA schemes to pay farmers to remove hedgerows and the odd tree to make fields more open and productive.  As a base line between 1946 and 1963, 8000km a year were lost. Time moves and following the maxim; what goes round comes round, the EU and DEFRA have decreed the clearance initiative was a bad move and entirely due to a typo after a very good Brussels lunch. Thus we are in planting mode once again this time to protect wildlife, re-establish ancient hedgerows and grow trees that will absorb some of the nasties that we have popped into the atmosphere from our decadent lifestyles.

As part of an initiative sponsored by the Woodland Trust the Burghwallis Parish Council successfully applied for a grant to to plant 450 trees in Burghwallis.  Planted along Scorcher Hills Lane you will now see a mix of :- 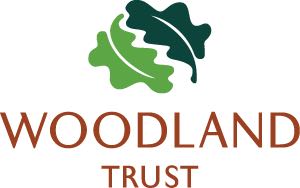 With the number of tree pests and diseases currently present in the UK it’s hugely important that the Woodland Trust  have confidence in the trees that are planted. This is why they are investing £4.5m to grow 4.5m trees over the next three years, all of which will come from seeds sourced across the UK and Ireland. 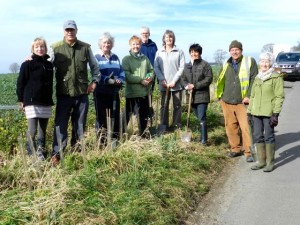 A team of 11 volunteers from the village armed with spades were shown by a Woodland Trust official how to plant the trees, whack in a bamboo stake and slide on a protective sleeve. Critical in the procedure was the ability to bend down without sticking the stake in your eye. Those elfin safety guys get everywhere.  In case we have surveyor or architect in our midst that sees the line of tree ‘whips” as anathema to their penchant for things in straight lines, there is a reason.  Staggering the planting leads to a stronger hedge and is better for hedge layering in future years.

In case you ask, the plastic sleeves are there to support the whips in the early years and stop brer rabbit and his or her mates chomping on the young shoots. They can be removed after two or three years when the trees pop out of the top. Some  of the hedgerows have been around for thousands of years so it is good to see part of Burghwallis will have a new hedgerow to replace the one that had been for the previous few hundred years. 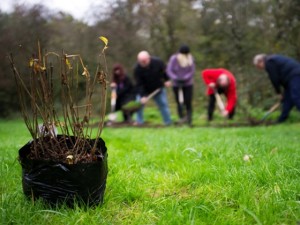