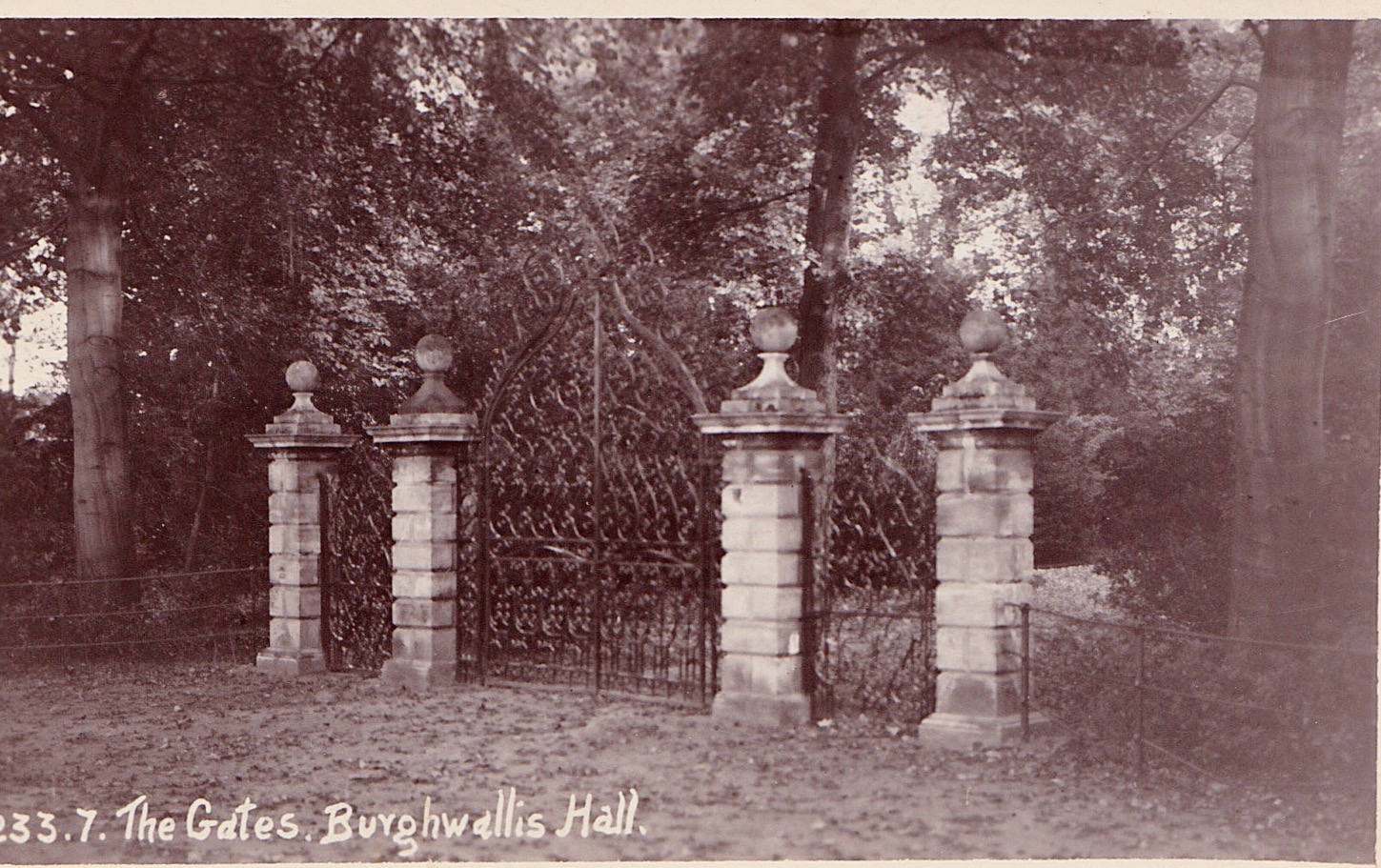 The much-missed gates at Burghwallis Hall, which unfortunately, were not missed by clumsy truck drivers, are potentially to be reinstated.

Burghwallis is an ancient village where many people, not necessarily ancient, have lived in the village for many years. Changes have been slow and mostly controlled to protect the environment and the setting of the village but one change has been much regretted.

The centre piece of the village can arguably be the combination of the St Helen’s church and Burghwallis Hall. Whereas the church largely reflects its Saxon origins the hall has been modified and updated to suit a number of changes over the years. Some introduced by the original owners but more latterly through changes in use, particularly when it became a convent then a rest home.

The hall is unfortunately obscured from the main road. The evolution of its use as a convent saw a modern chapel added to the northern elevation that is nearest the main road. This, along with a variety of outbuildings added that formed the nuns accommodation and kitchens had obscured the view of the hall. But one element that proudly announced the presence of the hall were the magnificent gate piers and wrought iron gates that opened to the drive to the hall.

The gates originated from an exhibition in Paris held at the turn of the last century were mounted in equally attractive stone piers. The photo above shows the gates some years after their original installation. Originally designed to allow access for a horse and carriage they suffered from the advance of technology. Whilst a horse taking a short cut would bounce off the piers, learning from the process, the same piers  were unable to withstand a series of swipes from trucks manoeuvring poorly through the gates. The deadweight of a throbbing diesel cutting the corner took its toll and the gates followed the regrettable theme adopted in Jericho, and fell down.

Repaired and reinstalled they stood again until the next truck wishing to prove that what goes up comes down. This knock about sequence eventually damaged the stonework whereas the iron gates at least damaged the truck. The diocesan owners of the hall rebuild and repaired. The work to the replacement piers won an award in the 1992 /1994 Doncaster MBC Design awards where they gave a Commendation for the gates and gate piers at St Anne’s Rest Home.

Attempts in later years to protect the gates saw large round bollards placed to guide the errant truck drivers through the gap in the middle. This seemed to set them a further challenge that unfortunately they won and the gates clattered to the ground again. Evidence of large tyre marks on the bollards proving that some drivers assumed they were akin to a bus lane guidance system and proved that what goes round does not necessarily go through.

Understandably the diocese became a tad reluctant to reset the gates and removed the inner piers to give trucks greater access. Trucks still continued to clout the bollards proving that the theory of King Canute can also be applied to driving skills as well as rising tides.

But there is new wind blowing; the use of the hall is changing again. Access by trucks will be a thing of the past and the repair and re-installation of the stone gate piers and the gates, which are still in storage, is being negotiated with the diocesan owners. These magnificent gates that once proudly announced the presence of the hall could be seen again in the near future restoring one of the key features of the village that many residents recall.

Let us know what you think by adding a comment to this article below or do you have  a more up to date photo of the gates and piers in place.