Ever wondered if the process of listing a building by English Heritage actually benefits the heritage of the building or its setting. The Rectory in Burghwallis was built in the 18th century and apart from being split into two dwelling in 1938 it remains very much like the day it was built.

The image below was taken in 1900; compare this with the second image taken 114 years later that shows that Rectory still looks as the architect and builder always intended it. The only changes perhaps being the gate in the wall that gave the Rector a short cut to the church, and the number of occupants in the graveyards. 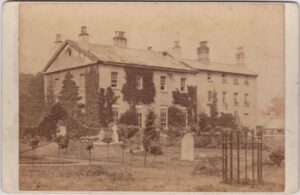