Don Axon recently celebrated his 80th birthday with a difference. On Saturday 1st October 2016 Don held a fantastic party in the Burghwallis Pub and used the occasion to raise £900 for the Pilgrim Bandits Charity. 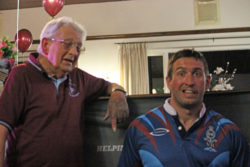 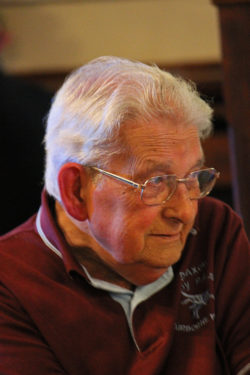 Don who lives on Grange Lane in Burghwallis asked everyone not to give him any personal gifts; instead donations were requested for the Pilgrim Bandits Charity that was established by a small group of Special Forces veterans in 2007. They aim to use their unique training and experience to help and inspire wounded soldiers to live life to the full. The charity supports injured, amputees and local veterans in all the armed forces.

Joining him on the night was Ben Parkinson, a very busy man who earlier in the day had raised over £400 of donations at Doncaster Racecourse – one of his 3 fund raising events that day! Lance Bombardier Ben Parkinson MBE was seriously injured in Afghanistan serving with 7 Para RHA in September 2006.  Ben is still the most severely injured soldier ever to survive.

Sally, landlady of the Burghwallis, produced a fabulous hot and cold buffet whilst the DJ played music from the era of Vera Lynn for Don – to the present day for Ben encouraging everyone to sing and dance. 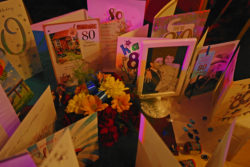