They say it’s nice to go travelling but so much nicer to return home. If the travels involve Singapore then the return home is tainted, for the UK has become a vast litter bin.

Whereas Singapore is renown for its litter free environment; dropping litter is a strictly enforced law – chewing gum a banned substance. Yet despite the apparent cleanliness, behind the scenes the approach to dropping litter is causing the Singaporean government concern, for the litter free environment is mostly due to a huge army of street cleaners who clear the city of a staggering amount of litter. 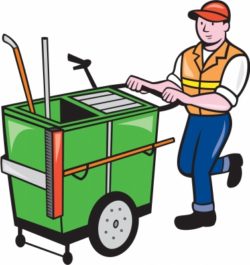 The strict anti littering bye laws aim to enforce and correct the population’s habits, yet last year 19,000 enforcement tickets were issued by the National Environmental Agency, almost double the the number issued in 2013. In addition 688 Corrective Work Orders were issued (community service equivalent) to the worst offenders, again almost double the number issued in 2013.

To overcome this trend the government, through the local councils  gave the entire city wide litter clearing teams the day off on Saturday 2nd May 2015 . Then on Sunday 3rd May they asked for volunteers to clean the island in a mass clean-up. The idea was to give Singaporeans the experience of seeing just how much litter is deposited during a typical Saturday. Over 8000 volunteers are expected to join in. Equipped with free work gloves, wet wipes, pick-up tongs and bin bags the teams are to be organised in 130 collection locations in 70 precincts. Anyone who can’t make the main event were urged to join in in a smaller demonstration by picking up three pieces of litter during the day. The large number of volunteers allowed areas off the beaten track to be cleared.

The exercise is based on the success of a trial in one council area in 2014. It also aims to focus on how much cash is spent clearing litter, and if the litter was not dropped in the first place, where  this money could be used to fund other beneficial projects.

And so we track half way round the world to Burghwallis. We too have a huge litter problem as seen by the huge amount of litter collected during the Clean for Queen exercise. The valiant volunteers who routinely parade along the roads that lead into the village collect a staggering amount of thrown litter on a routine basis. Abbe’s Walk generates around 30 bin bags of litter every 2 months. The Clean for the Queen exercise proved just how much is dropped and it gets no better. The base problem is education to remove the cause, the volunteers are merely treating the symptoms. The biggest issue is apathy by those who drive through the village throwing litter out of vehicle windows. Local government cutbacks mean the council can do little towards its removal ( apart bulk collection).

The routine litter clearing exercises in Burghwallis last for around an hour but is completed by  the same old team of 10 – 12 volunteers who pitch up. The other 239 residents of Burghwallis who do not, drive or walk through the village enjoying the efforts of the few. Is this a measure of private wealth and public poverty term bandied round during the Thatcher era? The solution has to be effected at a higher level but unlike the Singapore government we have yet to see anything coordinated by Westminster. In the meantime we, like the vast majority of towns and villages in the UK have to deal with the consequences. And having driven through Burghwallis to Campsall and onto the A1 and head North you will see the vast nature of the job. You can help though. The parish council will always need volunteers to help clean the Burghwallis parish. The more that turn up the quicker the job is done. Can YOU lend a hand or do you want to leave it to others and just enjoy the view?

Image courtesy of Vectorolie at FreeDigitalPhotos.net