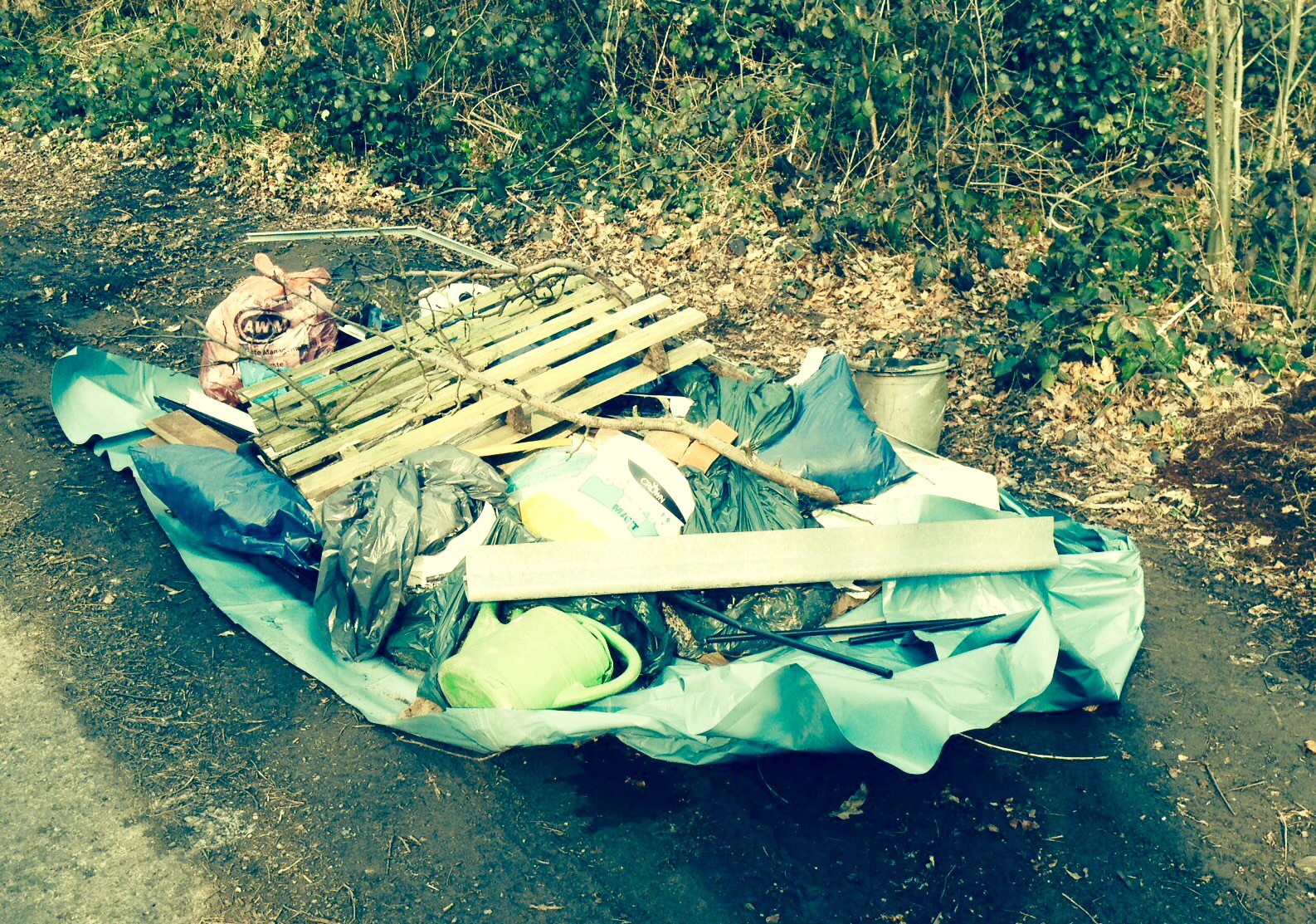 The on-going problem of fly tipped deposits along Scorcher Hills Lane continues. You may have seen 20 car tyres, a sofa and household waste left during the last week. The problem is a major headache to the DMBC, as well as residents of Burghwallis.

The recent litter collection throughout Burghwallis in early June filled 29 plastic sacks from Abbe’s Walk alone. Added to the previous collections over the last year means our team of volunteers have amassed in excess of 100 bags of rubbish in the last year excluding the major heavy litter left for the Council lorries to collect. This situation has been raised by the parish council with the Mayor and Ed Miliband.

The DMBC say they are seeing a turning point in the campaign to eliminate this anti social behaviour with the number of people prosecuted rising over the last 12 months. Adding to this score is the prosecution of James McIntyre ( 32 ) from Rossington. Amongst the seven cases of fly tipping he was charged with was one for depositing a sofa along Scorcher Hills Lane. This happened in December 2016. He was also responsible for advertising his professional waste ‘disposal’ service on line duping people into thinking their rubbish was to be taken to the tip.

Yet despite the charges, which carry a maximum fine of £10,000 and imprisonment, Mr Macintyre was handed an 18 week prison sentence suspended for 2 years. He was also ordered to pay £500 costs and a £115 victim surcharge, and to complete 200 hours work in the community.

Although it was good to see someone has been caught, the question is whether the retribution metered out by the magistrates fitted the crime and will act as sufficient enough deterrent. This bogan had already been questioned under caution about an earlier offence yet carried on with his professional fly tipping service until he was eventually caught again.

The all too frequent sight of dumped rubbish around the village is appalling. The number of people caught and taken to court appears minimal, and the question is whether the 18 weeks suspended sentence and £500 fine will act as a sufficient deterrent to others engaged in this anti-social behaviour.