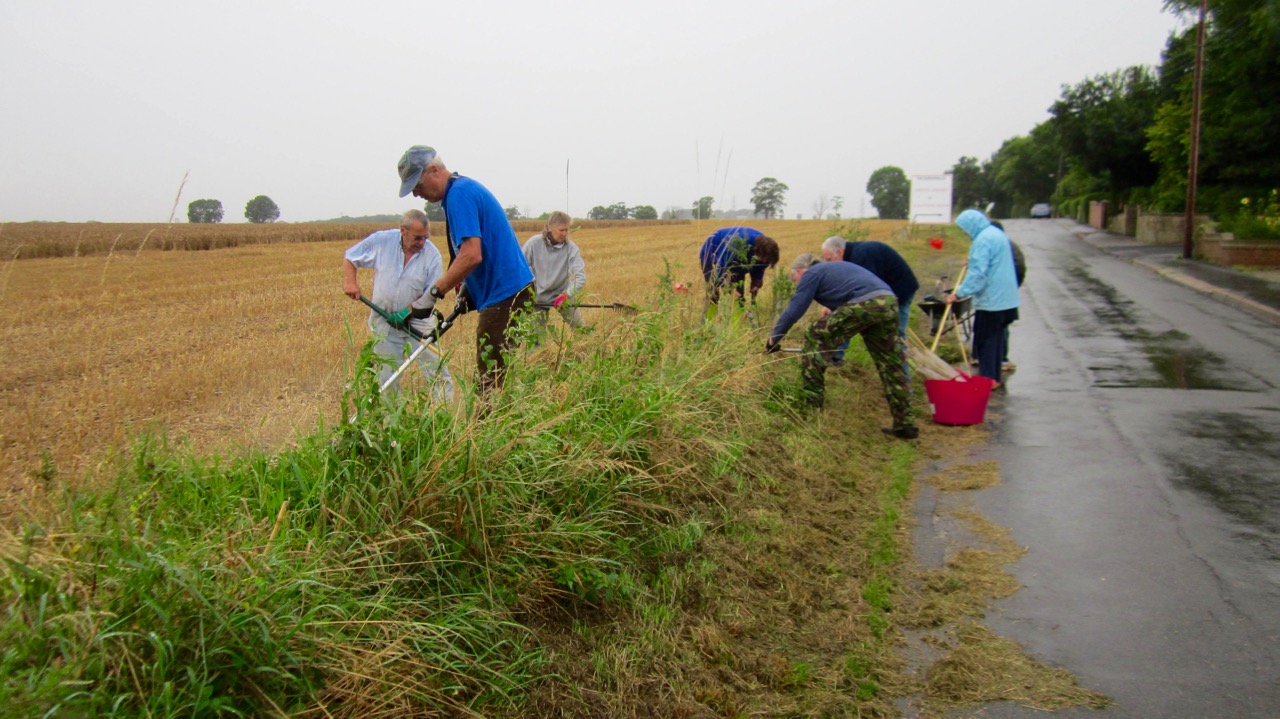 Two years ago a team of villagers, in association with the Woodland Trust, planted 450 young trees along the verge of Scorcher Hills Lane. The young saplings  had just started to flourish when a contractor to the DMBC hired the cut the verge manged to blitz around 50% of the young trees.

One of the signs of our times. The cutbacks enforced by the DMBC over the past years saw the verge cutting service move from council staff to contractors. This move lost a significant element of continuity, although the tractor drivers managed to avoid the saplings in their first year, this year disaster truck and a host of them were vapourised.

The DMBC have been very apologetic and agreed to replace the trees along the 200 yards section of Scorcher Hills Lane that were affected.

The replanting process will start in Oct/ Nov of this year. In the meantime a group of 14 volunteers from the village have cleared the verge. Partly to allow the remaining trees to flourish and partly to make them more visible  to the verge cutting crew, the clearance work took two hours. The parish council are to review the possibility of clearing the verge more regularly to protect the sapling until they have established a foot hold.