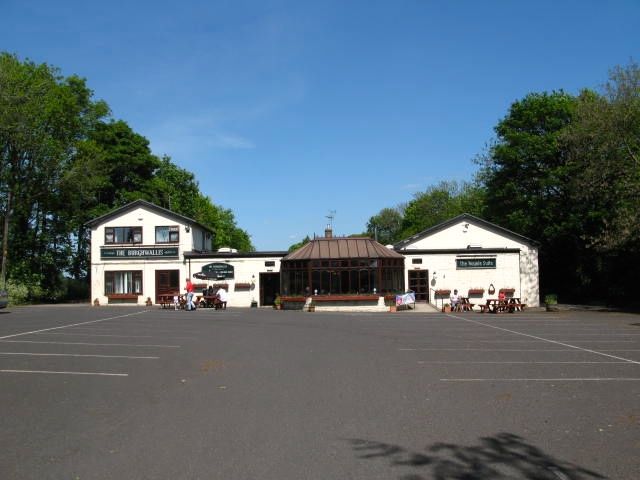 A series of publicans have come and gone over the past years such that the flag announcing “under new management” has been hoist so often over The Burghwallis  it has been mistaken for naval semaphore. Many of ‘mine hosts’ had questionable pub skills that lead you to believe they may have been deliberately trained by the competition. The Burghwallis proved to be the battlefield for many a publican – just as the Glasgow Empire has the reputation for eating comedians.

The lively, friendly publican who greets you on arrival and makes you feel just that bit special has yet to emerge and no surprises so have the locals. But that is all going to change …….The last landlords who left within hours of the village fete finishing (no connection we are assured) are to be replaced by Sally Shenton who reopens the pub on the 8th August 2014.

Some may recognise the name as Sally ran the pub last year. She inherited then a mild disaster and valiantly tried to prove you can run a pub if you put the effort in and smile at folks. Just before Sally’s took over the then publicans had the delight of  the man with spanners knocking on the door who proceeded to turn the gas supply off. They found it a tad tricky running a kitchen without gas – rather similar to running a pub with no beer – oh! and we’ve had that as well. Faced with the option of serving food cooked by Ray Mears on sticks out the back they decided to switch off the lights and hand the keys to Sally.

If determination is to be rewarded there is a possibility the Burghwallis might raise from the ashes. Sally opens with all the prior knowledge of the pub’s past and perhaps rename it “The Phoenix” or “Chequered Past.” But perhaps she may care to visit the local “Pickburn Arms” and “Owston Lodge” to give her some encouragement by proving it can be done,  and this time the  Burghwallis needs the resurrection it deserves.